So after suspending trading in their shares yesterday, today Dick Smith has announced that it is going into Voluntary Administration.

Surely that has to be some sort of record!!

A quick recap:
* Woolworths decided to sell off the Dick Smith business in 2011 – for about $115 million – to private equity firm Anchorage Capital Partners.
* The private equity firm did its magic and in the space of 2 years, re-floated the business as a stand alone company on the ASX, valued at $520 million (a tidy profit for a few year’s work!!!).
* In the two and a bit years since, the company has imploded to now be in the hands of the administrators, and most likely to be found to be worthless (for shareholders at least) – hopefully all employees and trade creditors get the money they are owed!

So, like the headline says, surely that is some sort of record – re-floating a business for half a billion dollars to have it all disappear in around two years!!

What can we learn from this:
* Be VERY careful when you buy into a stock market float where the seller is private equity! They have already made all the easy wins! What do you know that they do not?
* Perhaps Woolworths management was actually pretty clever in selling for $115 million when they did. (note that at the time of the re-floating, Woolworths was hammered in the press about how they should have made more from the sale). And Woolworths is still getting hammered for their Masters business decisions – who knows perhaps their decisions on that business will turn out to be right too? 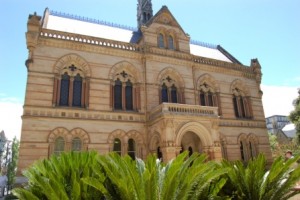