Are we there yet….

Not quite, but we are getting close. Just as I’ve being saying for quite some time, our economy is travelling along pretty well. This ‘feel’ for how things have been going has now really started to show up in the profits businesses are earning, and as a follow on of that in the taxes that they are paying.

This has then resulted in the Federal Government being in the fortunate position of sharply increasing tax revenues (to the tune of $6 billion extra income than was expected in December last year), which in turn has meant that we are all the more closer to having a balanced budget (i.e. ‘are we there yet’), after a decade of deficits which has seen our government debt blow out from $0 to around $340 billion.

So what does a government do when the numbers are starting to look like they will be back in the black, they start spending of course.

Whilst ordinarily I would like to see us get back in the black first, this time I wholeheartedly agree with what they are doing, and that is that the government is looking to keep it’s foot on the accelerator to ensure that the economy keeps growing. After all, we need a growing economy to pay for the services that we all expect.

Have they spent it in the right areas, well everyone will have their own opinion on what is the highest priority, so I’ll leave that analysis for everyone to make themselves.

Obviously the budget is just a wish list of what the government wants to do, and it has to get their proposals legislated, but if we assume (yes, that’s a huge assumption) that their proposals come into effect, then the below is how I would break down the positives and negatives:

Positive No. 1 – Reduce the impact of ‘bracket creep’
I’m not going to comment on whether the ‘right’ people are being relieved of some of the effects of bracket creep (where you pay more tax on your income primarily as a result of inflation pushing your income up), but it is good to see that the 37% personal tax bracket will only start to kick in from an income of $90,000 (instead of $87,000) from 1/7/18.

Positive No. 2 – Assistance to Lower Income Earners
This proposal will result in a new tax offset being available to assist anyone earning under $125,333 to reduce their tax. The media is all abuzz with this this morning about people complaining how the “$10 a week” tax reduction is so small etc etc. I personally think people should stop complaining, and realise that $530 a year (the maximum someone can receive) is something that they didn’t have before, and just be happy with it. As I said earlier there will always be people with different views on what is the most important thing to do, and if someone is so upset about receiving the $530, then perhaps they can donate it to charity, as I know there are many people who have had to put up with increasing costs like electricity and gas, who will be very happy about this extra cash in their pocket.

Positive No. 3 – Big movements in the personal tax scales in the future
I won’t write too much on this one as I believe it’ll have a hard time getting legislated, but essentially, the government is proposing to ‘flatten out the tax scales’, meaning that the 32.5% tax rate will cover a lot wider range of incomes, and the 37% scale will disappear altogether. See below for the proposed changes:

Positive No. 4 – Protecting Small Super Balances
The government is proposing that exit fees be banned on all super fund. Whilst most funds nowadays do not charge exit fees (or if they do they are relatively small), it’ll be great to see these fees removed from ‘old legacy type’ super funds, which have in the past being able to hold the member captive in the fund unless they wanted to pay these exit fees.

Positive No. 5 – Extending the Small Business Instant Asset Write Off
This has now been extended for a few years running, so it is great to see that small businesses will be able to continue to claim an immediate tax deduction for assets costing up to $20,000 – hence, if they need to buy new computers or machinery they can get the tax deduction in the year they buy it, rather than having to wait and claim it over a number of years.

Positive No. 6 – Extending the Pension Loan Scheme
This is effectively a reverse mortgage on a pensioners house. It allows an aged pensioner to effectively draw down on their equity over time to assist them in meeting their cost of living. The maximum combined Aged Pension and Pension Loan will now be 150% of the maximum Aged Pension – i.e. if you receive the full Aged Pension, you can also draw down another 50% of this amount against your home.

Positive No. 7 – Money for Medical Research
This one is certainly not on the front page of the papers across the country, but buried away in the details of the budget is that more money will be allocated to support medical research. I strongly believe that this is a great program. Not only may it improve people’s lives who are living with various diseases, but it is also a way of creating highly skilled jobs in Australia, which we can only hope leads to great new technologies that our country can earn a royalty from (i.e. like the CSIRO did with WiFi & CSL with the HPV vaccine).

Negative No. 1 – ‘Opt-In’ for Life Insurance in Super
I’m going to be a little controversial here. This is being written up in the media as a positive, in that super fund members under 25 or those with small super balances will need to specifically request that their super fund holds insurance for them, rather than it being the default that the fund automatically provides insurance for them (yes, at a cost, albeit quite a minor cost at younger ages).

The reason this is a negative is that I know from assisting numerous people who have become sick, injured, or passed away young, that this insurance (that quite often they didn’t even know that they had) has been a massive financial windfall for them, and has greatly assisted their families when these unfortunate events occur.

Negative No. 2 – ???
Again, I’ll perhaps be a little controversial here, but I’m going with there isn’t another major negative that I have discovered in the budget papers as yet.

As I mentioned earlier there may be things that are in different positions on someone’s personal priority list (i.e. should tax cuts come before increases in Newstart, or should tax cuts be targeted to a different group of people etc) – but with the exception of the ordering of priorities, I believe that this is a pretty good budget, that is designed to keep the economy growing so that we as a country can afford to pay for the services that we expect over our lifetime.

So, from where I sit, that seems to be the main points (there may be more to follow as I read it all in more detail).

There are of course many other announcements, most of which are minor in detail, and as such I won’t go into them here. 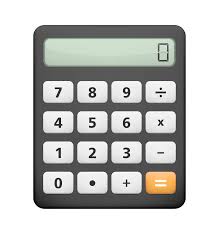